A few year's ago I was asked to write an article for an aspiring magazine publisher. Their aims were ambitious and their instructions were, "write about anything you want." Well, I did, but the article was never published because the magazine never made it to a second issue, or maybe it did and my piece was cut, I never followed up. I came across the article today while looking for something else in an old email- wholly forgotten, but a pretty decent read about a record I re-visit occasionally, Fresh "Out of Borstal". I decided that since I put the time into it I might as well put it somewhere. This is somewhere...

If Fresh “Out of Borstal” came out today, it wouldn’t stand a chance. The acute social-critique-concept-album would be spurned. The modern equivalent of Keith Richards and Mick Jagger teamed up with a producer like Simon Napier-Bell to make music for boot-boys would set off online outrage. Skeptics would label the album a contrived attempt by outsiders to infiltrate and trivialize a lifestyle they weren’t a part of—at best. Luckily, the record came out 45 years ago and if skins took exception to being pandered to, they showed their distaste by letting the release drift into obscurity.

Famed manager Simon Napier-Bell put Fresh’s “Out of Borstal” together as a concept album about the borstal detention system for adolescent boys in 20th century England. Napier-Bell, who had previously worked with the Yardbirds and an early Marc Bolan project (John’s Children) and later went on to form Wham!, had a cunning pop sensibility. His need to be on top of musical trends is evident from his big hits, and in this case, his misses.

Lore has it that the inspiration for “Out of Borstal” came from a chance encounter with the Who’s former manager, Kit Lambert, who had recently wrapped a concept album about a blind pinball player (wink, nudge). Napier-Bell’s goal for the project was to engage a demographic of young skinheads and suedeheads that were in fashion in late 1960s London. The subject of borstal prisons was topically relevant to street kids and Napier-Bell concocted a group of young musicians that looked and played the part. FRESH consisted of Robert Gorman, Kevin Francis, and Roger Chantler, who after “Out of Borstal,” would go on making music as the band Glencoe. The album features a team of song-writers headlined by Mick Jagger and Keith Richards and even enlisted some kids in a borstal prison to sing backups. On paper, this record was set up to be a smash hit. So why haven’t most people heard of it?

The record opens up with (what we are to presume are) borstal boys whistling, before it gives way to the gliding singalong rock track, “Shifting the Blame.” This is an unheralded classic that has three verses to set the theme of the album while the chorus makes a plea for reasonableness, “It’s hard to judge the reason, why the children go wrong, but easy enough to place the blame.” The Richards/Jagger influence is evident off the bat. Side A then meanders in an out of bouncy pseudo-glam rock tunes for the rest of side A with only one or two tracks that really stand out, although “Hit & Run” is undeniably a rocker. By the time side A winds down, one begins to think maybe they‘d have been better off cutting their losses after the opening track. This notion is quickly dispelled as the B side opens up with the gem of the album, “See You Later.” This song sounds like vintage Rolling Stones and the guitar riff stands up against any of Richards’ classic hits. The Richards/Jagger touch is palpable on a few more spots on the album, but never to such great effect as both sides’ lead-off tracks. What’s stranger yet is that the album is interspersed with rather ambiguous sounding love ballads and only one spoken word track from the mouth of a young man who had been convicted of assault and sent to a borstal facility.

All told, the record has a few great songs, but generally comes off lacking cohesion. What’s infuriating to this listener is that it seems obvious that this record came very close to knocking it out of the park. If there were one or two more spoken word tracks to replace the jaunty love songs, the concept may have been fully realized. Finding this record for the first time 45 years after the fact, one can’t be bothered by the fact that this group was essentially formed to be a skinhead boy band—all of those petty facts fall by the wayside if the record captures the sound, energy, and emotions of the time.

Still I’m left to wonder if its best that Fresh’s “Out of Borstal” fell off the map. The conversation surrounding authenticity in the Oi! scene is rarely pleasant and often turns ugly. Today, the methodology behind making this record would be rejected. It would get beaten down by critics before anyone had a chance to feel the first few hypnotic lines of “Shifting the Blame.” Maybe that was the reaction in 1970 too; it’s possible that folks don’t know about this record because kids collectively decided that they didn’t want their music to be so obviously targeted at them. We don’t have the online journals for posterity’s sake to verify how this album got swept over, but I wonder if it’s not the aforementioned issues combined with the fact that the album didn’t realize its full potential.It’s for that reason that I wish there was more of a precedent for internet trolls to decry Mick Jagger and Keith Richards for writing music for boot-boys, because it sounds like they could have been pretty fucking great at it. 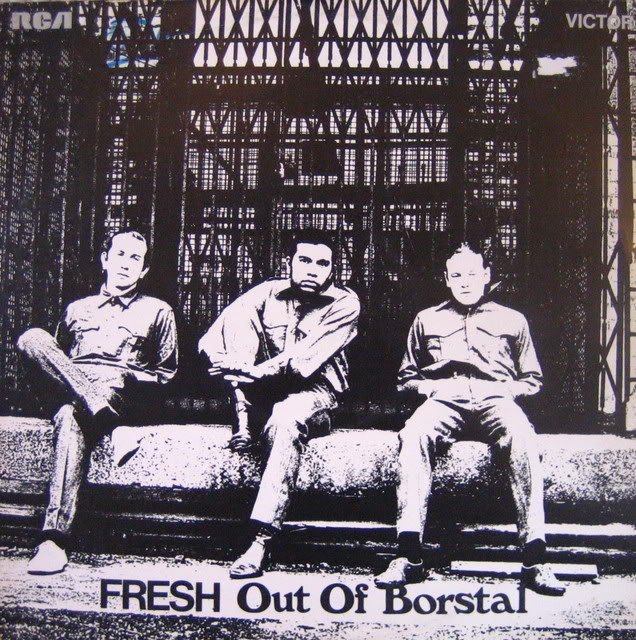 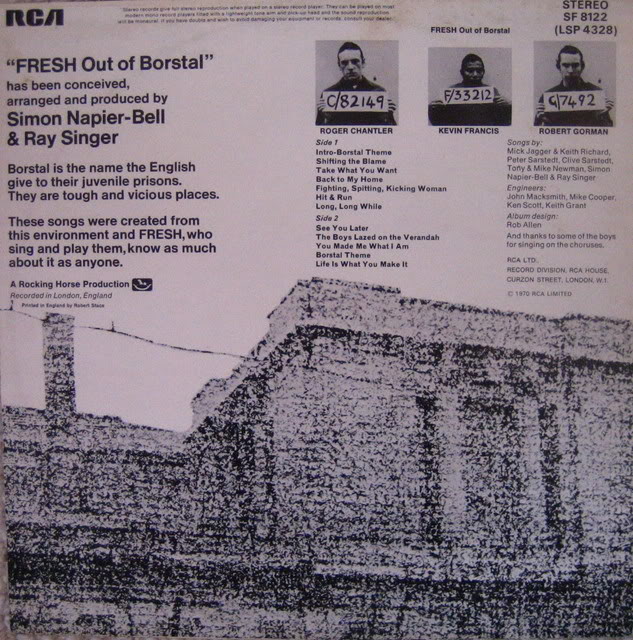